So when we think of Easter egg hunts what probably first comes to mind are multi-coloured memories of you running around a sprawling field of sorts as a yungin, basket in hand while searching in shrubs as far as your tiny hands could reach for those candy coated chocolate gems. In an epic campaign, Africa’s biggest premium beer brand Castle Lite, drew on the childhood nostalgia and excitement of Easter egg hunts to announce their Castle Lite Unlocks 2020 headliner Cardi B- in a style true to the brands ice-cold DNA to be innovative, for their 10th year edition of Castle Lite Unlocks- Okurrr!

Taking the form of an extraordinary digital campaign; the brand asked its consumers to purchase tickets to the 2020 Unlocks experience before they had revealed anything! All that was known by the general public is that the tickets were going for a steal at the ice-shattering price of a mere R50. Leaving a trail of carefully and cleverly crafted “Easter eggs” as a trail of clues that would eventually lead observant followers to figuring out who the headline act would be and thus finding out in the process that Cardi B was about to be Unlocked. This not only saw the #CastleLiteUnlocks hashtag trending and breaking the internet, but it also saw a few people being convinced that they knew who Castle Lite was Unlocking.

All of these clues were hidden in plain sight almost like a virtual Easter egg hunt. The tech-savvy amongst us looked in places no-one else would think and discovered that the words “Castle Lite Unlocks Cardi B” had been added to the Castle Lite website HTML code. Loyal Cardi B fans were quick to spot the “Bacardi” license plate that was intentionally positioned in the background on Rouge’s video. However, what the public did not know is that there were 16 other Easter eggs that would have made the secret not so secret if anyone spotted them. The campaign also included reveal footage shot with the likes of DJ Maphorisa, Ayanda MVP, Rouge and Youngsta CPT.

What is now very clear is that we need to stop sleeping on Castle Lite, and that the moves they make require us to pay careful attention. Especially as more and more surprises are in store for this year’s Castle Lite Unlocks experience. Cardi B will headline the experience at the TicketPro Dome in Johannesburg, South Africa on 12 June 2020. Tickets are available at www.castlelite.co.za and range from R690.

For more information check out www.castlelite.co.za or follow the official social media pages: 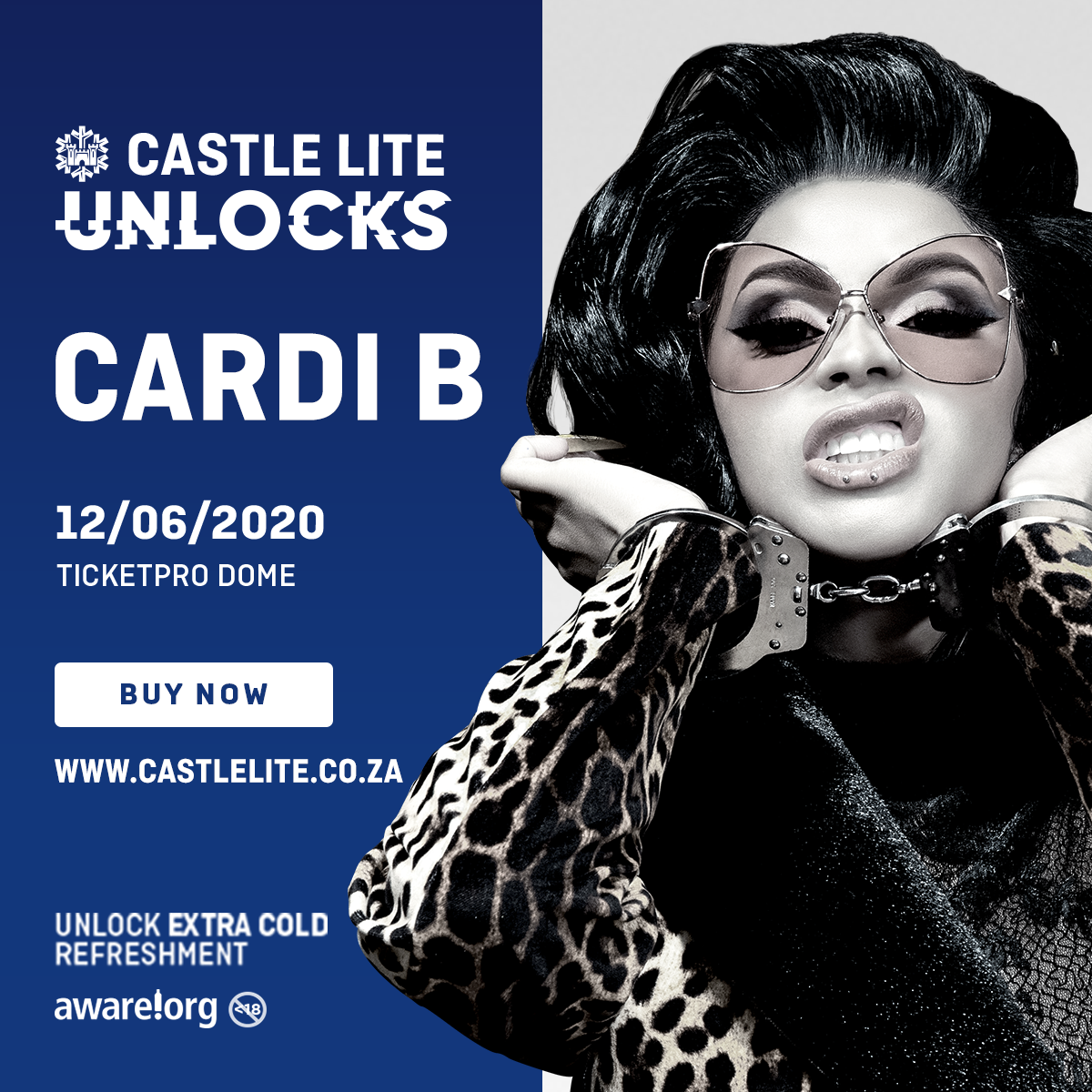 An AmaPiano Affair: Kabza De Small and DJ Maphorisa Reunite on The Return of the Scorpion Kings

Naye Ayla wants her music to articulate your emotions

The Sound of Black Joy: A New Year’s Eve Meditation