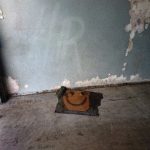 Ever since their ‘Caffiene Diet’ EP in 2016, I’ve had a soft spot in my heart for Durban’s Brit-indie inspired garage punk band, Hated Related. You see, I really fucking enjoy bands like The Cribs and The Libertines and it was very clear that so did Hated Related. With their latest EP, ‘Depressive Repulsive’, that’s still apparent, but with Ali Heath (HOURS, City Bowl Mizers) now joining Barron Harley and Andrew Groenewald, Hated Related have a distinctly 90’s Dischord Records influence to their sound.

‘Depressive Repulsive’ sounds like an amalgamation of 90’s emo/post hardcore and early 2000s British Indie, which are 2 of my favourite eras in rock music, so, naturally, I’m a fan. If you wish you knew what Rites of Spring sounded like with good recordings, or you’ve played all your Jawbreaker records to death, or you’ve been waiting on a new Babyshambles release, then this will be a welcome addition to your catalogue.

Hated Related have always sung about feeling a bit sorry for themselves and how the world and everyone around them sucks, and considering the EP is called ‘Depressive Repulsive’, you can rest assured that those themes are maintained. The opener “So Long” is an ode to leaving love behind. “Debt Collector” is the single off the album and since it’s the one that most resembles anything like a pop song (minus the screaming), it’s probably a good move. It’s a catchy number about not wanting to leave the house and no longer being cool. “No Sunrise” opens with the lines “If it don’t make Dollars, then it don’t make sense, we don’t make any Dollars at all” and sounds like it could be on the soundtrack to Scott Pilgrim vs The World. “Self Resentment Blues” is self-descriptive and the album closes with a 2 minute lament about getting old called “Piss Outside”.

It’s a well crafted, well rounded EP that takes 3 quarter-lifetimes of influences and blends them into something new that’ll no doubt sound familiar. On those days where you feel like everything sucks and you’ve pissed your life away, might I suggest this as the soundtrack?

"Reverse: Universe", the New Discordant and Creative Sounds of Mouse