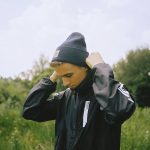 For better or worse, our parents shape who we become. Whether we try to live up to the high standards they’ve set before us or swear to be nothing like them, who we are is so intrinsically tied to who they were, and their actions have a lasting impact on us long after they’re gone. Nice-guy-rapper Sam Turpin’s mom is Gisèle Wulfsohn, a renowned photographer who left quite a legacy to live up to as she helped document the anti-apartheid struggle and later worked extensively on HIV/AIDs awareness initiatives. His latest song, “Summer Evening”, is a touching tribute to her and how she helped him become the person he is today.

Sam has always come across as rather compassionate and kind, both in his music and in my brief interactions with him in real life. I now suspect it may have been instilled in him from his mom. While Sam is self-aware, he doesn’t come across as self-absorbed but rather more empathetic than most. In “Summer Evening”, Sam’s first release in quite some time, he breaks down the lessons his mom taught him before she passed on. He speaks about his desire to use his art the way his mom used hers, to uplift others and bring attention to the plight of the downtrodden. I guess Sam was always destined to be a bit woke.

Sam worked with London based India Shan for the track as their families have been friends since the anti-apartheid struggle. Both bring a gentle openness to the table that’s genuinely touching, and personally, I’d like to hear an EP out of the two of them that explores their connection further. It’s an emotional two and a half minutes that’ll probably have you calling your own mom if you still can, and looking back at her legacy if you can’t.

A culture that is rich and vibrant but one also drenched in humility. All our intricacies — everything we have endured and are still are en...

Lazi Mathebula, crafts hand embroidered sneaker-inspired rugs with his latest offering that considers the worlds and proclivities of both sn...

“Start where you are. Use what you have. Do what you can.” Arthur Ashe A perfect representation of the above mentioned quote is Gabriel Meh...

“The quality of being is what soul is, or what a soul is. What is the quality of your being?” This is the question Amiri Baraka puts before...