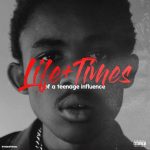 When you quit high school to pursue your rap career, you sure as fuck better make it. If you don’t, your parents and classmates will never let you hear the end of it. Not that having a Matric guarantees any kind of success, but such are societal pressures. The Big Hash calls himself a professional dropout, and while he looks moody in all off his Instagram photos, things seem to be going pretty good for the 17 year old rapper from Pretoria who has been racking up the plays on Soundcloud.

According to his raps he’s making a couple grand a show, which isn’t too shabby and not exactly a brag compared to other cats who lie about stacking racks, so I think it’s probably accurate. His single Exes on the Weekend has racked up over 41k plays and every song on the Life + Times of a Teenage Influence EP has amassed more than 10k plays, which indicates that The Big Hash does indeed have some influence, and it’s likely to grow. He has an easy listening sound that has you imagining that your run down Golf is a Bentley as you roll down the streets.

Lyrically there isn’t much new being said and, personally, I don’t want to hear anyone rapping about guns unless they’re actually strapped. But the package is slick and The Big Hash does the job he needs to do to get his point across over punchy 808s and dreamy keys floating throughout the 6 tracks. Modern rap is all about the hook and that is evident throughout the young rapper’s catalogue.

I’d like to see The Big Hash experiment a bit more in future releases, but for now the 17 year old is making better songs than many artists who have a few years on him, and I have a feeling we’ll be hearing plenty from him over the next few years.

Sainty Baby is the Fierce Lesbian Rapper She Dreamt About