Topography is commonly understood as the arrangement of the natural and artificial physical features of an area, represented either as an image or a map. It derives from late Middle English, via the Latin, although its origin is Greek; topographia – topos (place), graphia, (writing). Its Greek roots also refer to a further meaning, topothesia, which means a description or a representation of a place, as well as its imaginary geography.

Marta Machado was born in 1988. She graduated with an architectural degree in 2013 and is currently completing her Masters in photography. The daughter of a Portuguese father and a Cape-verdean mother. She grew up in a small village in the Vale do Ave region – located in the north of Portugal. As a child, Machado maintained her connection with Cape Verde through family members who lived there and who would often visit for her for long periods of time. “Back when my mother came to Portugal, to the periphery, nonetheless, she was the only black women in the village, populated by mostly textile workers and elderly people. She was not warmly welcome there…”Marta recalls being treated differently from the other kids in her school from a young age, explaining that she felt this particular discrimination because she is Black. The othering that she experienced in her home town would later become a catalyst for the work that she creates. Her photographic practice is informed by her architectural background—opening up research possibilities. Her particular interest lies in the theme of territory.

Besides studying the autobiographical context of a territory, I find in photography the tool for signification, through the palimpsest of places that are familiar to me. My work is not limited by a particular aesthetic or fixed identity, but by a set of aesthetics and artistic forms that are used depending on the specific theme or story that I want to tell around the architecture subject – but also [around] concepts like melancholy, memory, place, identity and colonialism. 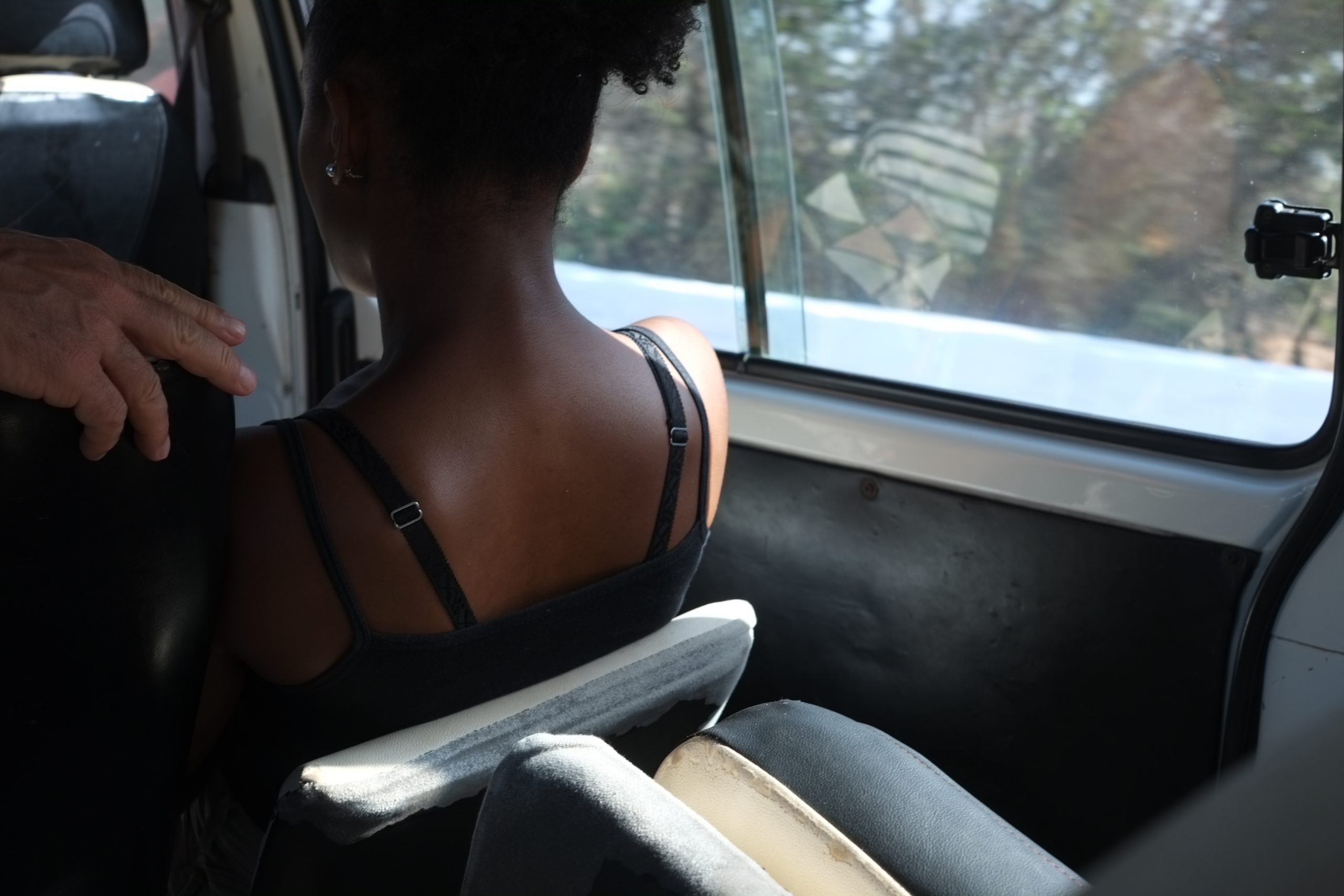 Marta’s first project, Out of Place, became a study of territory in the village she grew up in. The focus of this study was to understand how the village came to be and how communal gathering spaces existed.

The Vale do Ave region is a focus point of study to a few architects that study urbanism, as it is a diffuse territory. Not characterised by a centre and a periphery but [rather, characterised] of several conglomerates. The typology of single family housing would come to reflect the cultural identity and the proximity of man to nature as models designed by the architect Raul Lino. Housing would be a symbol of the picturesque national coupled with an idea of family and connection to the land that would serve the ideologies of the State New. Therefore, the rural ideal manifests itself in the typology as a basic point of national identity as opposed to the international modernist style. The construction of working-class neighbourhoods by industrialists from the textile companies in the region was not uncommon, it could be read as a way of exercising power over the worker by the private textile companies and, more importantly, by the regime and the State. 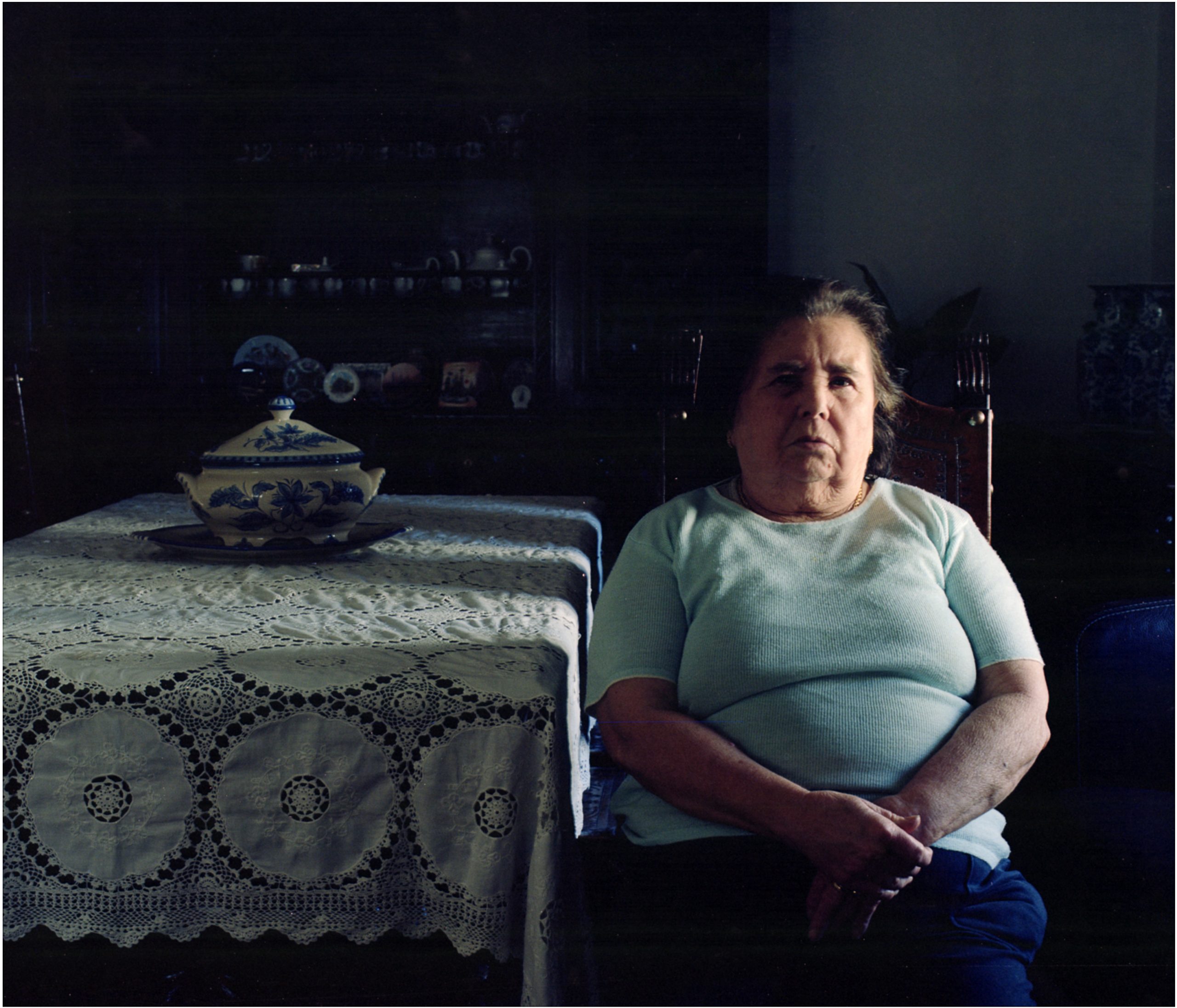 This project was met with difficulty throughout as Marta received hostility by local people who did not regard her as one of their own. She decided to use this as an opportunity to create dialogue in her process which was accomplished with help from her her father and grandfather; who seemed to put people at ease. Since the creation of Out of Place, Machado has continued her project from a different lens – focusing on individual experience through the eyes of her mother. Marta explains that her interest in territory has grown to that of topography.

Topography is a way or several ways to represent a place, and a place is open to interpretation. The reading of a place is in the eyes of the viewer, the signs that he carries. The reading/analysis of the place is something that I’ve been looking at as autobiographical in my case, I look at it as it looks at me with my own biographic data, I attribute meaning in a specific way, a biographic way. 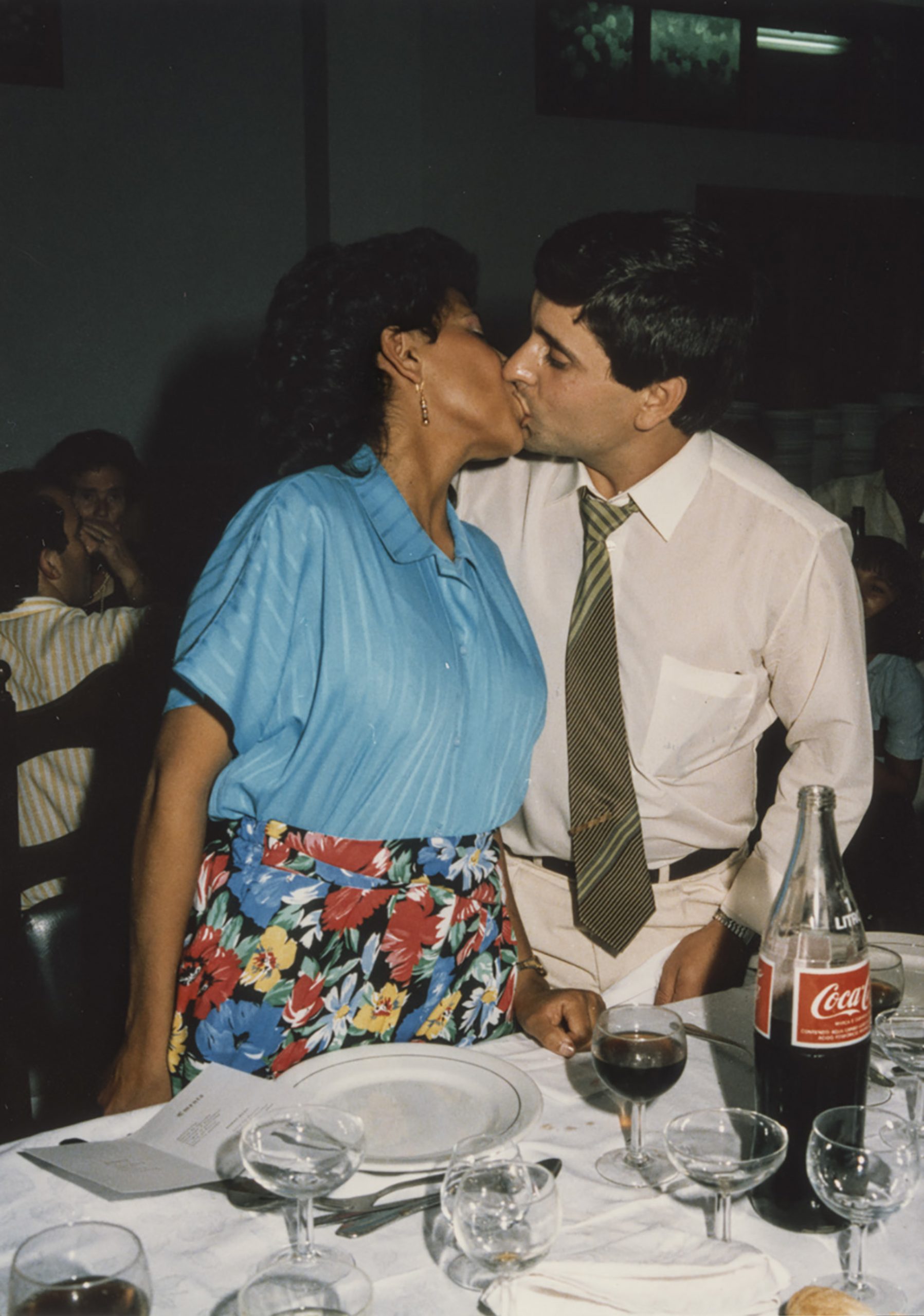 I ask Marta about her image titled, The Lovers, and she tells me her mother’s story through a history.

This picture is an archive one, it is the picture of my parents when they were young and about to get married. This looks like a happy environment but it was one where my mother didn’t feel invited. The photographer asked to take a picture of the bride and groom to be, [that] is usual around here, and he asked them to kiss for the camera. Although it looks like the perfect communion between two lovers—a black woman and a white man that are still married today, 35 years later—it was the beginning of a harder phase of their lives than they’d expected. My mother had a hard time finding a job at this time, people harassed her when she walked down the street. She was out of place in this town and in this picture, but silence from my mother was not indicative of submission… 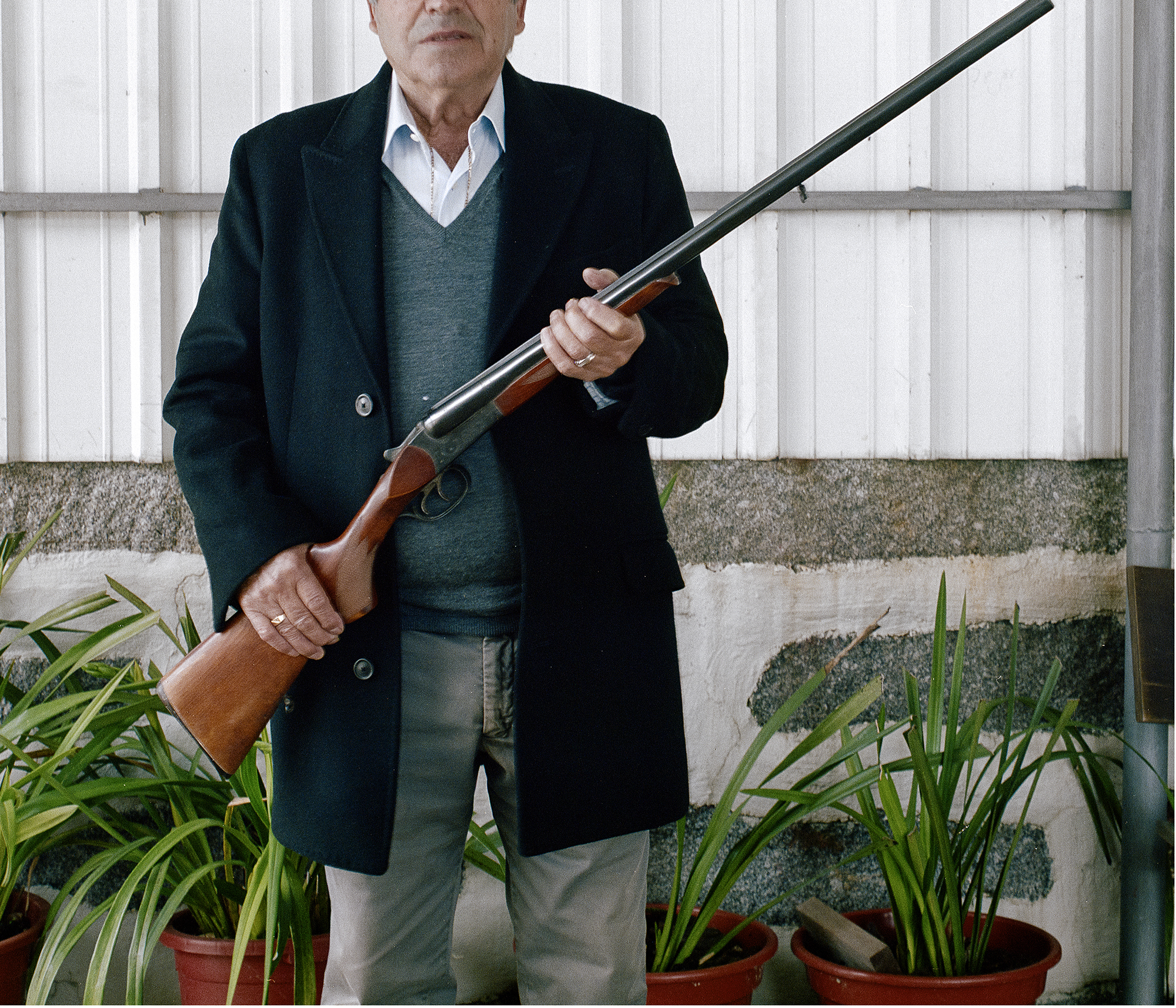 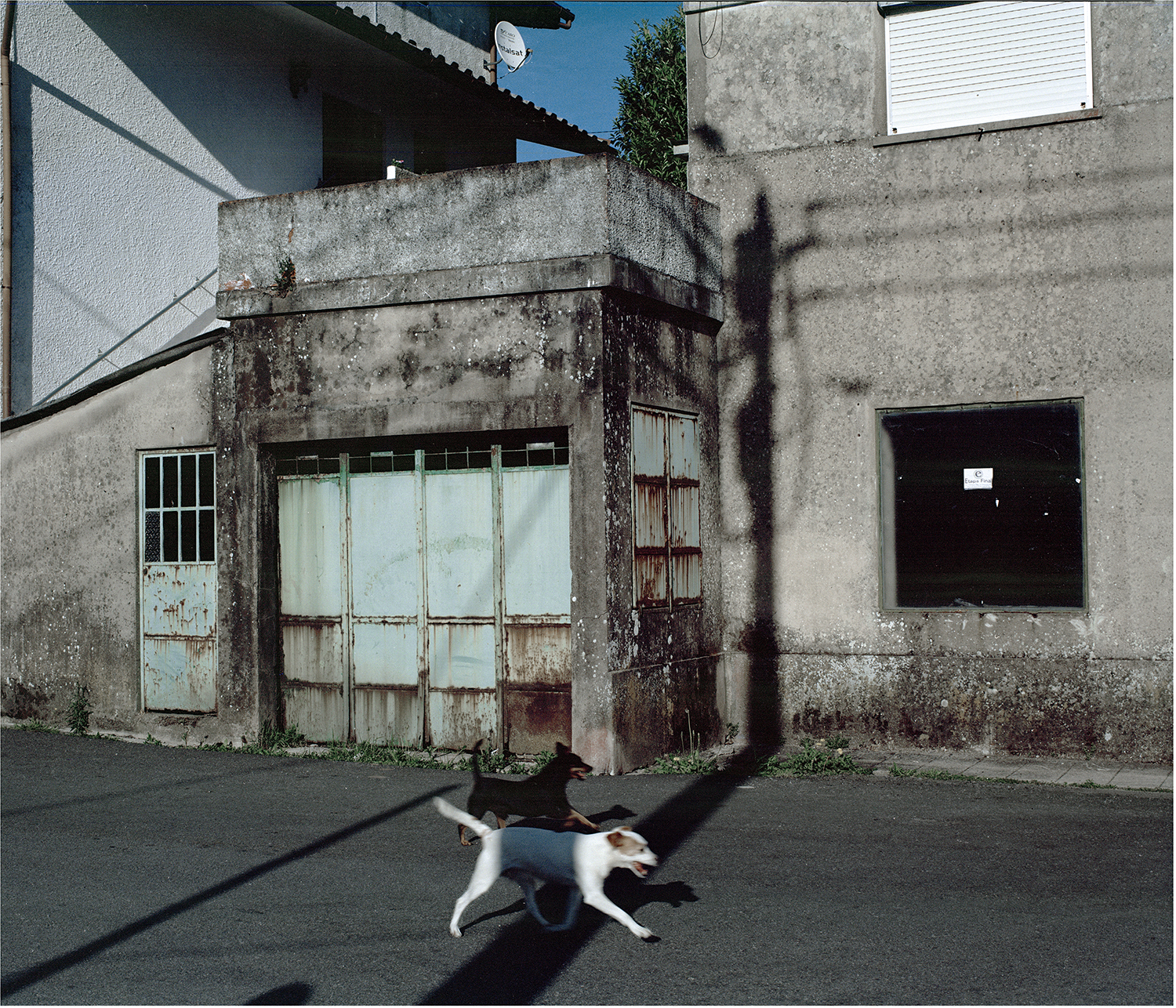