It’s safe to say that in 2020 podcasts have officially solidified their place in the mainstream. At this point, there are almost as many podcasts as there are jokes about everyone having a podcast. Even Michelle Obama has her own podcast, and your uncle who makes his own toothpaste to avoid mind control through fluoride, unfortunately. After Joe Rogan landed an exclusive deal with Spotify; that is apparently worth $100 million, “Here’s the link to my podcast” became the new “Check out my Soundcloud”. Although, you may at times get the occasional cross over with a “Here’s the Soundcloud link to my podcast”. Be honest, chances are you’ve even thought about starting one? Hell, you and some friends might even have a few episodes floating about on the internet that you don’t talk about anymore?..or maybe not. Either way, while Joe Rogan might have people around the world thinking that podcasting is the new gold-rush—the realities of the South African podcast landscape, mean that only a handful of individuals are really making money through podcasting at the moment. I’ve been hosting “The Almost Perfect Podcast” for nearly 2 years and I wouldn’t say that I am REALLY generating income from it. I am making some money thanks to Patreon and merchandising – and while it’s a greatly appreciated revenue stream – it’s not paying my rent just yet. With all this in mind, I reached out to some fellow podcasters to see how exactly they are navigating this still fledgeling industry in South Africa, and if they were making any bank. Simmi Areff, the host of “Lesser Known Somebodies” and founder of POC Podcasts, and Rutendo Nyamuda, the host of “In My 20s” and founder of Tinzwe Media were both gracious and open enough to share how they are making podcasting work for them in South Africa.

Simmi Areff is a comedian who started experimenting with podcasting by “Playing around with digital audio while I was still a producer at a radio station. Often you would find me with equipment and cricket games making a satirical piece of cricket commentary”. While Simmi was (and still is) gunning for a career as a radio host, the radio station he was at wouldn’t cut him the break he desired. “I couldn’t get onto the programming line up of the radio station I worked at. I was also doing a lot more stand up comedy shows, so I gave up the job in radio and focused on stand up. [However,] I started podcasting to make myself a demo just in case any radio station would want me as an on-air talent”.

Rutendo Nyamuda has extensive experience in traditional media and while she’s only been podcasting for 2 years, she has truly found her niche in the art-form. Her first podcast “In My 20s”, was created as:

a platform for 20-year-olds to speak about their lives, journeys and the quarter-life crisis. In many conversations with friends, I found that a number of us were dealing with similar issues and asking the same life questions. The podcast was a way for us to share stories and to ultimately build a community where we felt less alone. 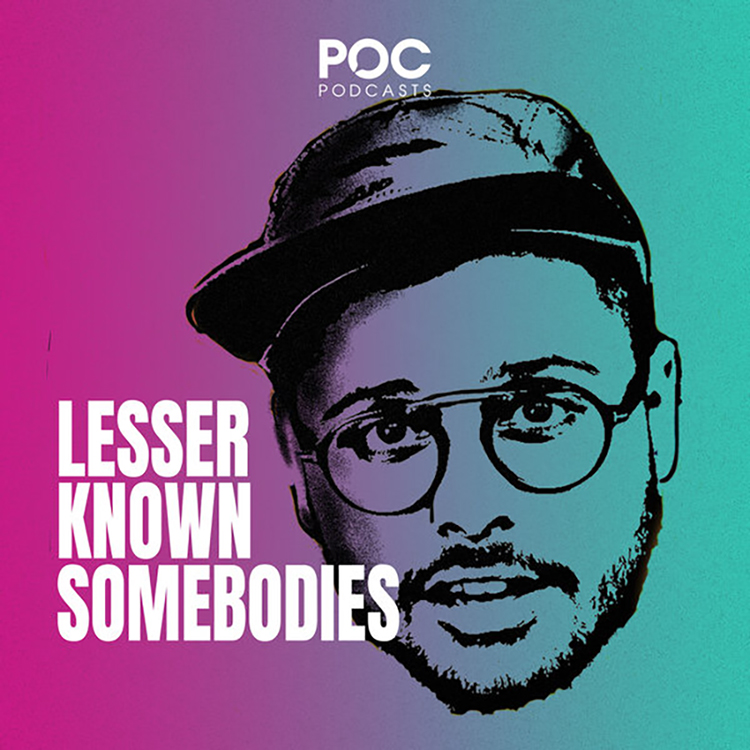 Community is one of the more common reasons why people start podcasts. I know it’s what appealed to me when starting mine and it remains one of the aspects I still cherish the most. Podcasting is still a relatively new industry in South Africa and that brings with it its own challenges. Rutendo explains, “While many people have listened to at least one podcast, I would say not a lot of people understand how the industry works and to be honest; podcasters are also still finding [their] feet in the global industry”. For Rutendo, the solution comes in education, which is why she’s created a digital magazine called “The Podcast Sessions“, to help local podcasters learn more from each other. Even-though Simmi has been podcasting for about 4 years now, he also recognises that the industry is still in its infancy here and has also found himself having to teach people what a podcast is. “I think podcasting is still growing in South Africa. So I guess the initial response was people actually not knowing what a podcast is. I know it sounds silly but a lot of people still don’t know what it is”. Simmi knew that podcasting would grow—so he focussed on putting out a good product and has found success through consistency, “The content was good, so as the landscape grew so would my podcast because it was [both] of a high standard and local”.

For Simmi, podcasting is the perfect career to be pursuing alongside comedy. “I don’t know if it is my main gig or not. I guess as a comedian/podcaster/artist/freelancer you are always getting work or trying to get work that your talents align with…I put the same amount of effort into podcasting as I do with stand up”. “Lesser Known Somebodies” generates income through a licensing deal to a media company and Simmi utilises his experience in the industry to produce several podcasts for his company POC Podcasts. Rutendo has put all her focus into podcasting and now produces 3 podcasts. Only one of them makes money, but it gives her the freedom to work on the others. “I produce and host a podcast for a client of mine and they pay for the full podcast production services…In addition, I offer podcast consultation and training”. Rutendo is also looking to pursue crowd-funding at some point and it’s something I highly recommend.

One unique aspect of South African podcasting, is how it’s dominated by radio, however, neither Simmi nor Rutendo see this as a problem but rather, see radio as a potential collaborator more than as the competition. “I really don’t think radio is the enemy of podcasting,” says Simmi, “I know some podcasters think radio is the arch-nemesis of podcasting but I really struggle to understand why. If you make audio which sounds as good, attracts a following and has better content than the podcasts a radio station makes—then I personally don’t think you need to worry”. The way Rutendo sees it:

Podcasting and radio are two different mediums, however, I do think they beautifully complement each other and can support each other. That said, right now radio has the biggest reach so if there are collaboration opportunities, that would advance the podcasting space. But I do think independent podcasters who are not linked to radio stations are on the rise as well.

While podcasting in South Africa has its challenges like prohibitive data costs and the general public who are still unfamiliar with the form, the mere fact that some podcasters are now generating income from it gives me hope for the future of the industry. It won’t happen overnight, but as things steadily grow there’s a good chance our podcasting landscape will resemble its international counterparts, and you may just find the passion project podcast you started with friends one-day paying your rent.