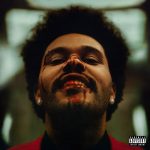 Writing about The Weeknd’s new album After Hours on the grey, overcast Day 5 of the national lockdown feels deeply incongruous. Everything about The Weeknd’s music – its hedonism, its cinematic decadence and its alienated depictions of drug abuse and twisted relationships – feels the very antithesis of this plague.

Since the release of the legendary House of Ballons project in 2011, Abel Makkonen Tesfaye has established a formula which has made him one of the most commercially successful artists of today. But while his Byronic,  dark prince of RnB image has proved durable, it has also taken a creative toll. His last albums Beauty Behind The Madness (2015) and Starboy (2015), were wildly inconsistent; combining brilliant hit singles with low effort album tracks, that fell into the same formula of nihilistic self-pity over hazy and atmospheric beats. At his worst, the artist embodies the fuckboy logic of “everybody needs to feel sorry for me, because its hard being this rich and famous”.

Therefore, After Hours could be read, or rather, listen to as a deliberate course correction intended to assert his presence as a bona fide serious creative artist, not just a pop star. The build-up to the release, saw The Weeknd branching out into exciting new creative territory such as appearing in the Safdie Brothers excellent crime film Uncut Gems and logging studio sessions with left-field artists like Oneohtrix Point Never and The Chromatics. As a noted cinephile, he has also adopted a 1970s like style and visual persona for this album cycle, which is clearly indented to the work of director Martin Scorsese.

So, is After Hours an unalloyed creative triumph or a big time flop? The answer, frustratingly, is somewhere in between! There are a few missteps, like “Escape from LA’”, in which he seems  to be falling back into his bad old ways. But these are balanced out by songs like “Snowchild”, which reveal a warm heart beneath the icy exterior. The album is full of yearning synthesisers and lyrics which melodically communicate a longing for human connection and empathy. After years of playing the villainous heel character, it seems like The Weeknd is finally growing a heart.

Get Ready to Descend Into Dystopia with Yves Tumor