The ebbing facts of daily existence stretched between the mundanity of routine and the regimented wake, work, wash and repeat cycle of global systems of capitalism can make moments of wonder and pure imaginative play few and far between. So much so, that where the possibilities of fantasy are concerned—that intangible matter that titillates our senses of imagination—interventions of creation are often what transport us to these realms of possibility. I am an American photographer, art director, and mother of two based in the Midwest. My work ranges from still life to fashion and seeks to intrigue observers by teetering the line between reality and surrealism. In my imagery I combine the ordinary with the uncommon, while using beauty as an anchor to tell a story, says 28 year old Jill Burrow of her work. I myself first came across Burrow’s work during one of those “down-the-rabbit-hole” journeys through the internet and social media in particular, and what struck me most about her photographs was the fresh minimalism of composition juxtaposed against the fullness of their emotive capacity. Not in a political way, but in the way of daydreams that have you remembering a particular Saturday afternoon spent by a reservoir with the rustling leaves, laughter and splashing water culminating into a crescendo of yellow sound.

The work that is done by Burrow’s work reminds me a lot of the work that is done by The Dictionary of Obscure Sorrows which “is a compendium of invented words written by John Koenig. Each original definition aims to fill a hole in the language—to give a name to emotions we all might experience but don’t yet have a word for”, however, in Jill’s case the filling of “the hole in language”, happens via the visual. Jill states that, for inspiration, I draw from beauty found in the natural world, architecture, and the graceful strength of sunlight. Beginning with an ordinary object or a simple scene found in every day life, my concepts build and progress through the goal of finding a way to elevate the ordinary into an expression of unique observation and vision. What follows is a conversation between her and I about her work, motherhood as a cosmology of inspiration, racial injustice and redistribution in the industries she operates within and more. 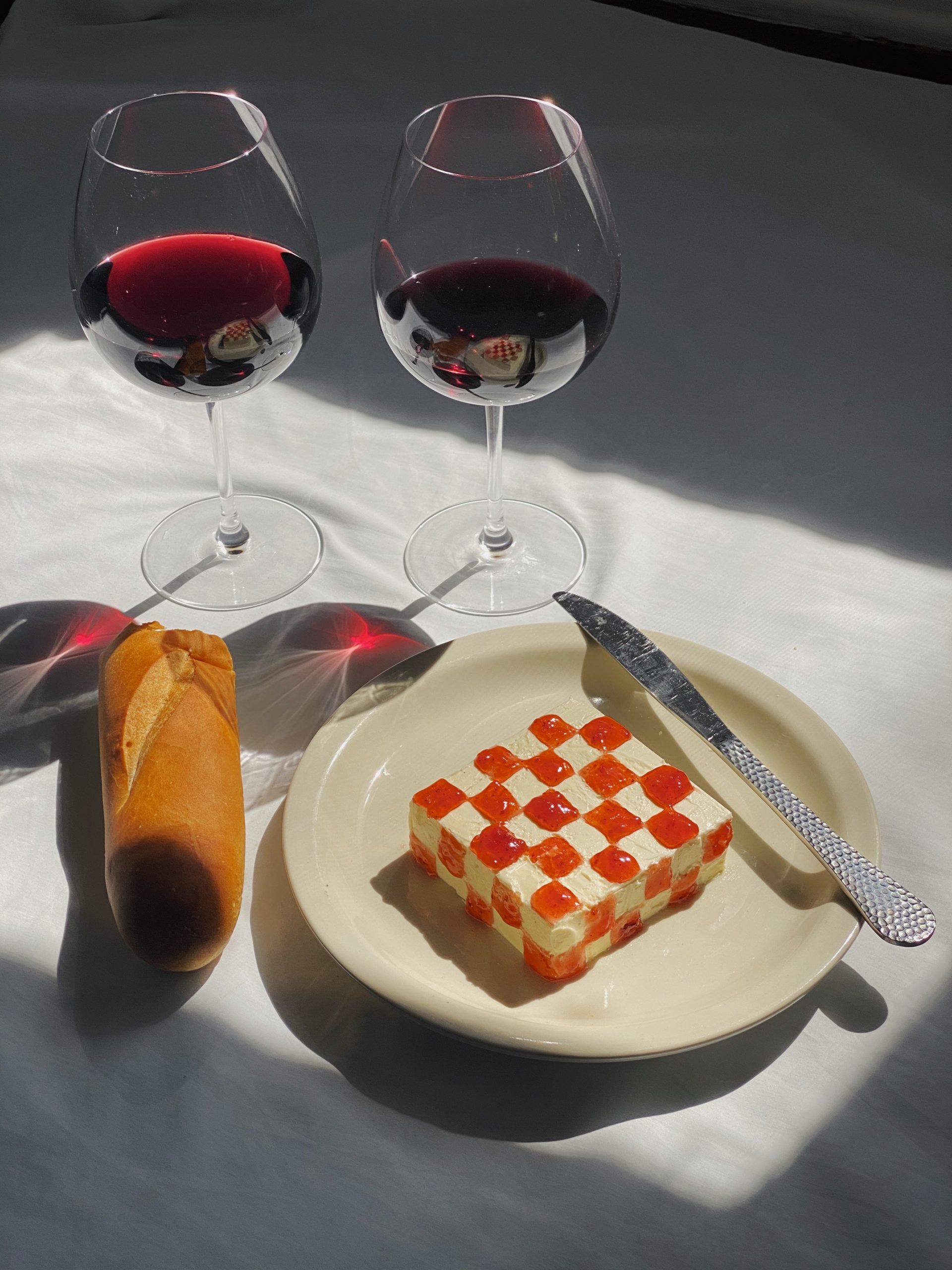 It’s interesting, I started realising while thinking through the questions for our chat that the impression(s) or mythology I’d developed about you as an artist and person behind your work came from the work itself — in that besides a few interviews I’ve found online your work is what really fleshes you to the public. Can you tell me a bit about your practice and the journey into your career, which came first the photography or the set design if the journeys can even be separated?

I actually started my creative journey as a maker. I was on the tail end of my college degree in music when I realised that I didn’t feel the creative itch with music like I felt for the visual arts. So I started working with ceramics and textiles. I really enjoyed creating with my hands, being able to shape the earth in between my fingers was grounding. My partner is also a photographer/cinematographer and we decided to produce a visual campaign for my website. Shortly after styling and designing the set for this photo shoot, I realised that what I was most passionate about was creating visuals. I truly felt that I had found my creativity, like the last puzzle piece was put into place when I found set design. I then began creating more sets for personal projects and for projects that my partner photographed. From there I learned photography so I could develop my visuals even further. Since then I’ve found it empowering to be able to create a visual campaign from start (conceptualising ideas and designing set) to finish (photographing and editing).

I think it’s really cool how on your instagram profile “momma”, appears up top alongside photographer and set designer, I think motherhood is this complex cosmology that opens up portals in different ways of seeing and interacting with the world and it’s just really rad to see young moms of our generation especially reclaim and own that space along with all the other dimensions that make them a full person and creative. How—if at all—has being a mom affected your own creative process and aesthetic?

Goodness, being a mother has been a whirlwind, to say the least. I am not the same human/artist that I was before motherhood. I do feel like I’ve come to see the world entirely different then I thought it to be. Being a mother has given me more love to put into my work. It has taught me that life is finite and yet, infinite. I have so much more to loose now and that is humbling. I also think that most parents face themselves, the good and the bad, when they become parents. So while you dig up more grime; you also dig up more beauty as a parent. One of the most impactful ways motherhood has shaped my artistry is in practicality. Since becoming a visual artist and becoming a mother I have really had to work extra hard to bring my ideas to fruition. My whole creative career my partner and I haven’t had steady childcare because of the expense so we carve out time for each other to really do the work of manifesting our dreams. It has meant that most days I am with my babes for 12-16 hours and then I create outside of these hours. And because of this my work seems to be sweeter to me. 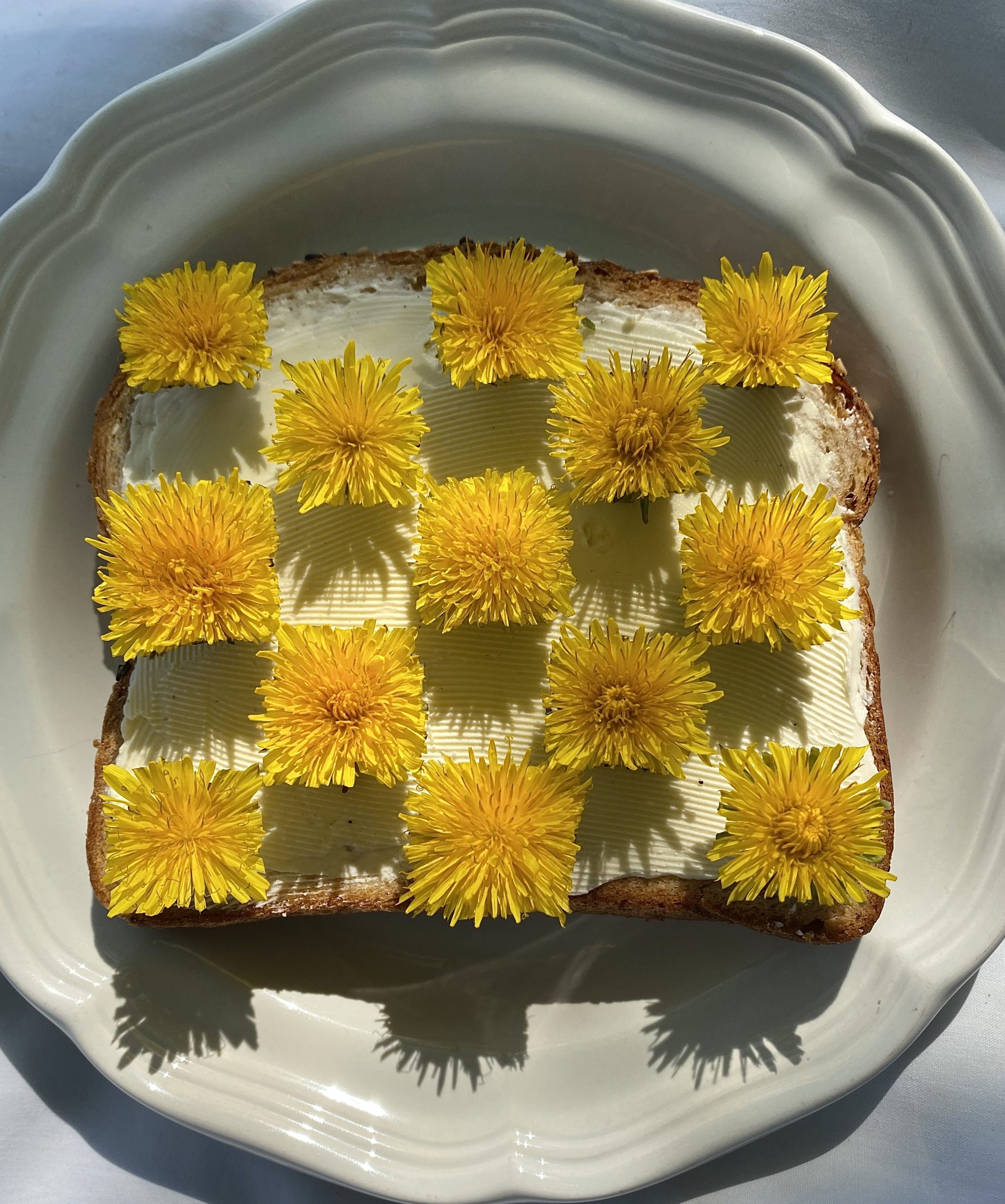 There’s this ethereal and whimsical quality to your photographs almost like a Rococo era dream but more playful than over indulgent in the nature of their essence; like a point in the imagination where a harmonious mix of Sofia Coppola-esque Marie Antoinette romanticism meets the charm of a beautiful Sunday afternoon picnic under a large tree meets the feeling of watching light dance between glasses in the setting sun. What would you say your vision and creative imagination is most inspired by?

Wow, such kind words. Thank you. I would say my inspiration comes from ordinary, every day objects and scenes. Food, impeccable light, the way twirly vines hug a structured building, I have realised I have a habit of trying to imagine an alternate universe in which ordinary things find their way into extraordinary patterns or shapes or stories. Perhaps I try to create a world that supports a shift in mindset. If my work can cause the viewer to see things differently than they have ever seen them before—I am a happy creator.

I personally feel that some of the creations you’ve made and captured through your photography figure more like sculptural works or even some articulation of installation art more than as set design, which I find really interesting and cool, this intersection of this two creative worlds and various disciplines. Have you ever thought of your work in this way?

Yes! That’s interesting you mention this. I’ve been realising more and more that my work tends to be more of an installation or a scene than a set. I adore the idea of being immersed in a sort of dream scape. A place you can put yourself and be in a different reality, even if just for a second. 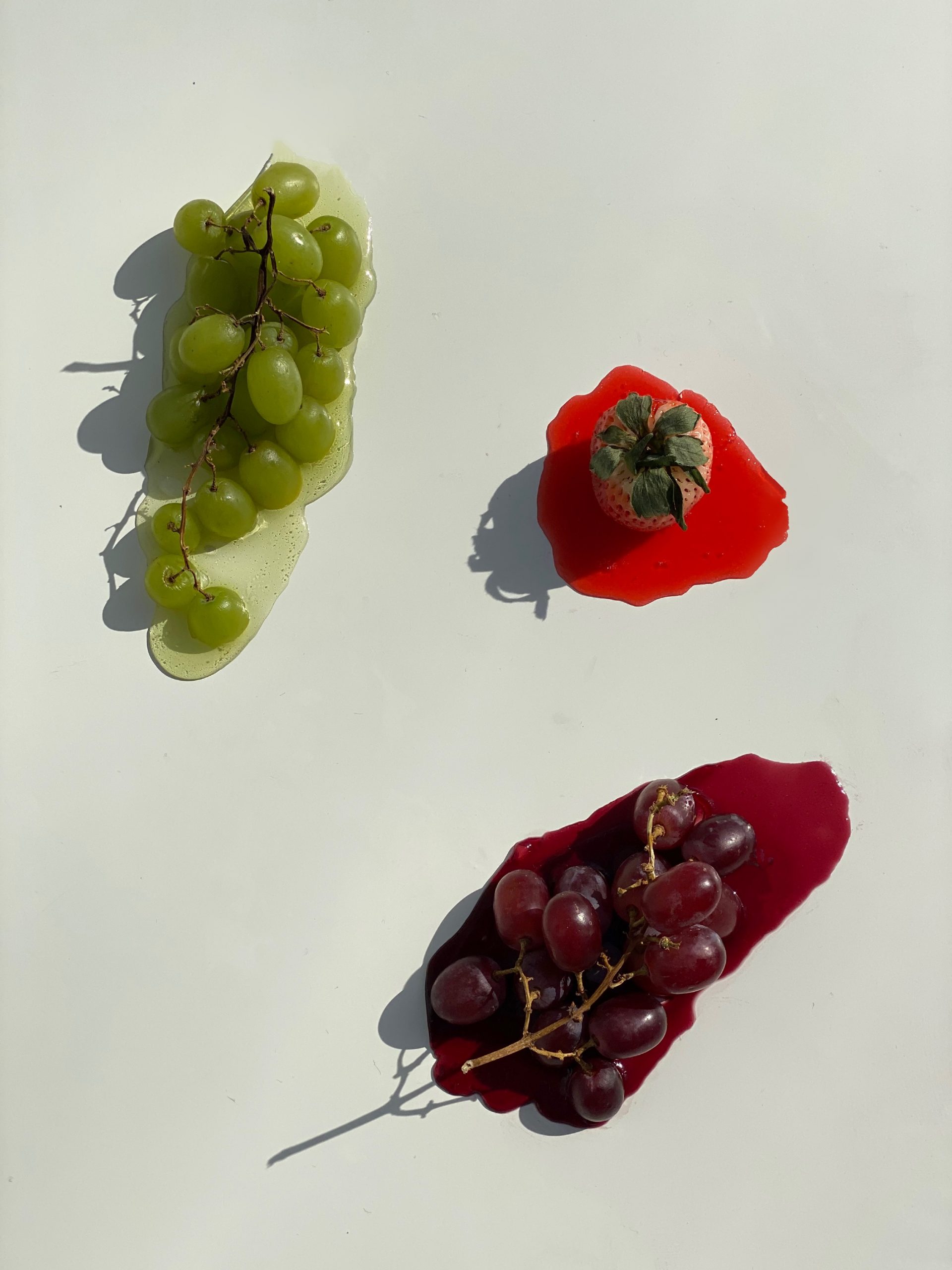 How has it been working and creating given the global viral outbreak and how it has made so much of our external world inaccessible?

The pandemic has been overwhelming. It’s been a challenge not to succumb to the sadness that so many challenges have brought during this time. As far as creating goes, I have actually felt more fervour for creating and producing my ideas. Being in a home with 2 young children, and with my partner being home, I felt like it was my chance to really set aside more time for creating. I feel like I had a slight advantage in creating in this way because I’ve been creating at home under messy circumstances for a while. It was a challenge to not have access to materials and being isolated from collaborators. I think as a creator I have a strong longing for unity with other artists so even for me, as I work alone quite often, having the opportunity to collaborate has a big impact on my wellbeing and health.

Where racial injustice is concerned in the fields you work within what do you think can be done on a systemic and institutional level to redistribute access, influence and power in the industry?

I am still learning so much, but as I research more about the history of our world, the power that was taken from the start, I feel like there’s a massive need for change on a foundational level. It’s hard for me to say how this could be achieved definitively but in all areas of the economy, of society we must start stepping up to the plate every single time there is inequality. We must not take no for an answer when we demand that, from the roots, we expect to see diversity and equal opportunity for all people. This is absolutely a systemic issue and I truly believe one of the first things that needs to be addressed is the people in power. In America we have a very capitalist mindset and from the very beginning it has been about taking power and equality from POC and redistributing it to benefit white people. There are people in politics right now who are trying to dismantle the system and I believe the first step we can take is to vote and put pressure on the roots of this ugly system. 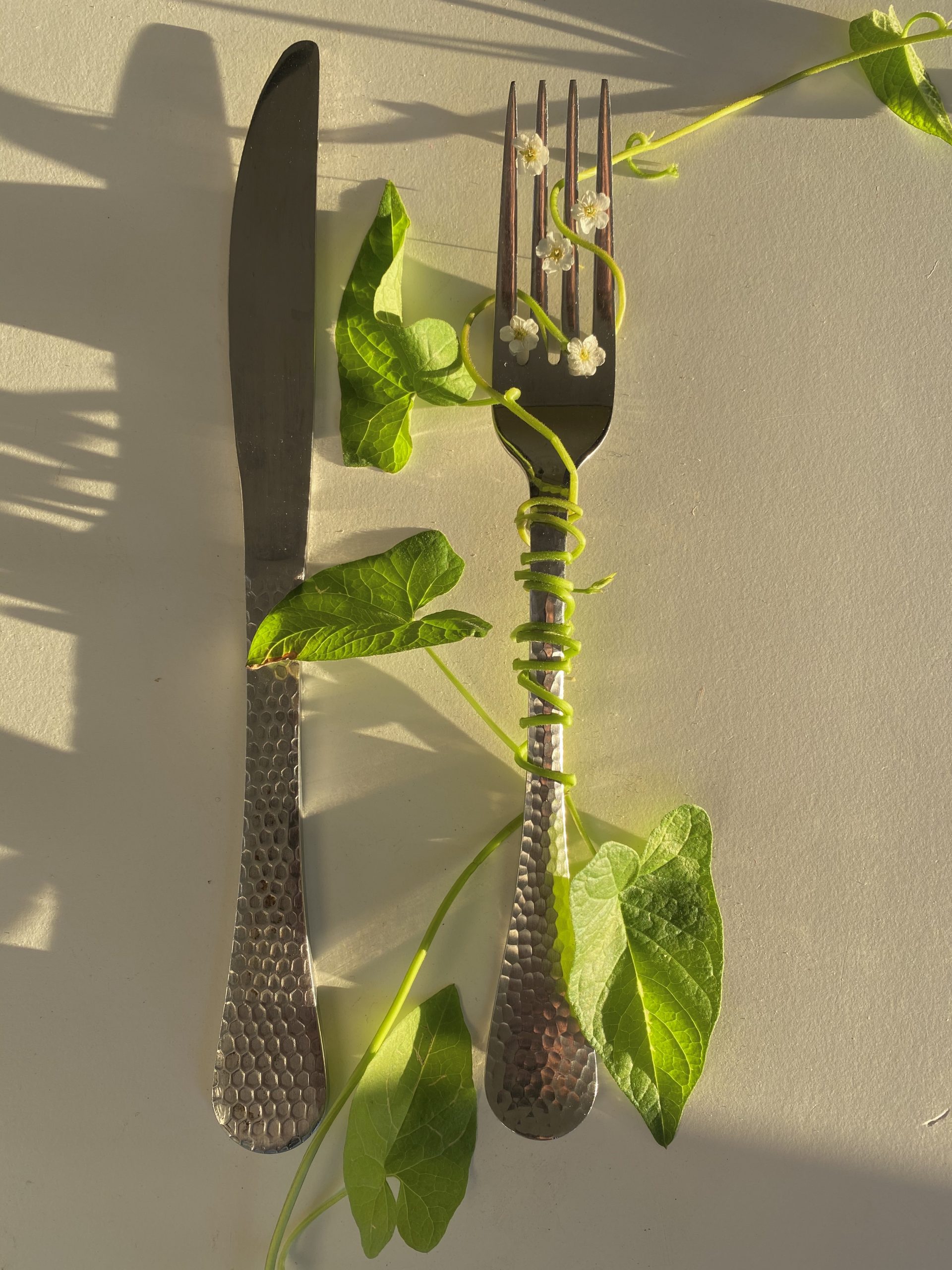 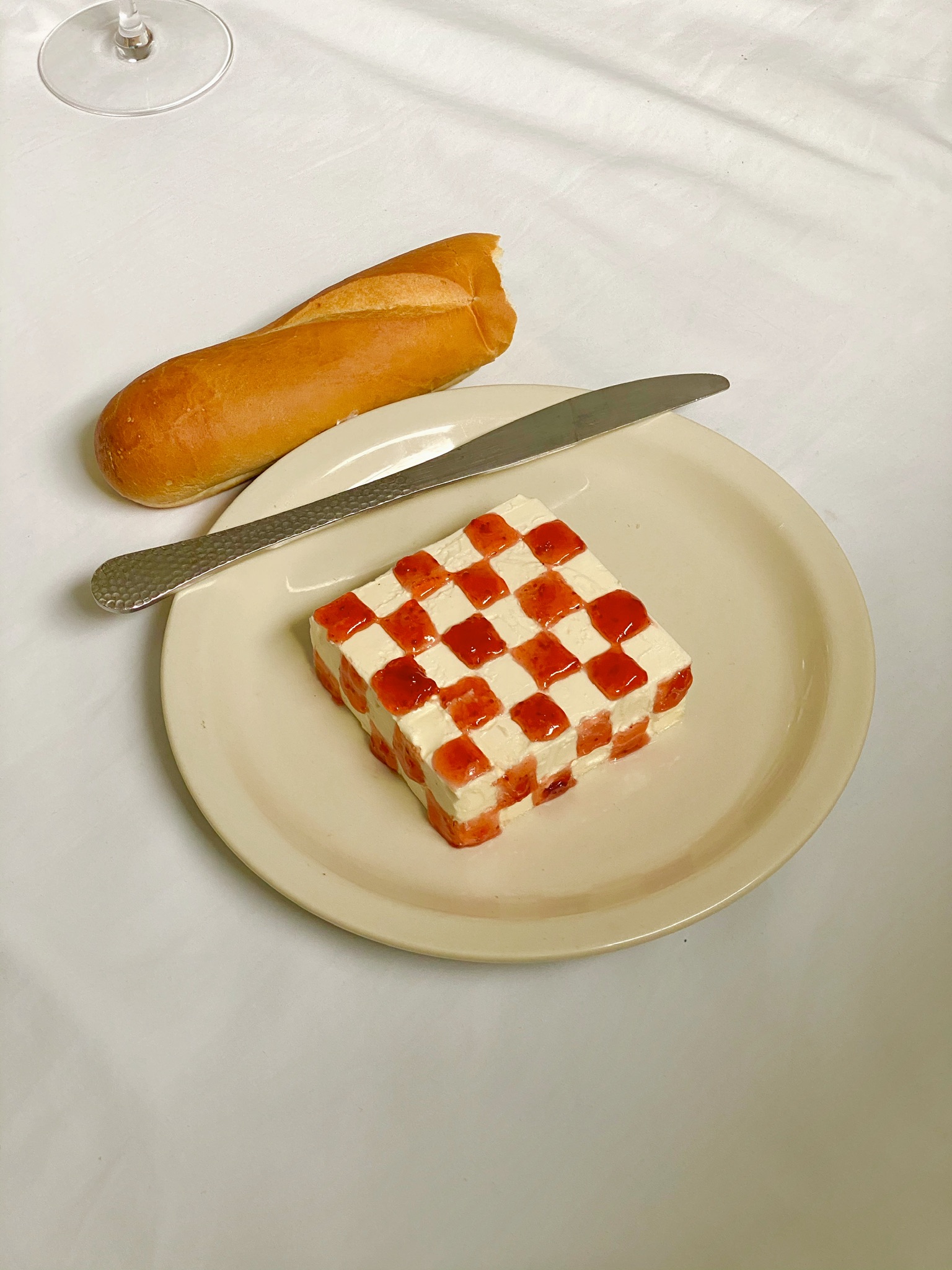 nuun, the Multidisciplinary Design Space Conceptualised with Sensitivity and Guided by Feeling