2020 is a big year for South African director’s making films about evil and cursed farmhouses! First out were the cosmic terrors of Richard Stanley’s Color Out of Space, that was followed by the Afrikaans drama Griekwastad—based on the horrific true life crimes of Don Steenkamp. And now, Netflix has released Harold Holscher’s 8 (also known as The Soul Collector), a creepy folk horror  tale of demonic possession and tormented souls! Set in 1977 – the year after the Soweto Uprising – the film begins with a white family made up of Sarah, played by  singer Inge Beckmann, William who is played by Garth Breytenbach and their adoptive daughter Mary played by Keita Luna; all moving to the remote and isolated farmhouse of William’s deceased father. At the home (itself surrounded by a sinister forest) they encounter Lazarus played by Tshamano Sebe, who presents himself to them as an eccentric old drifter. 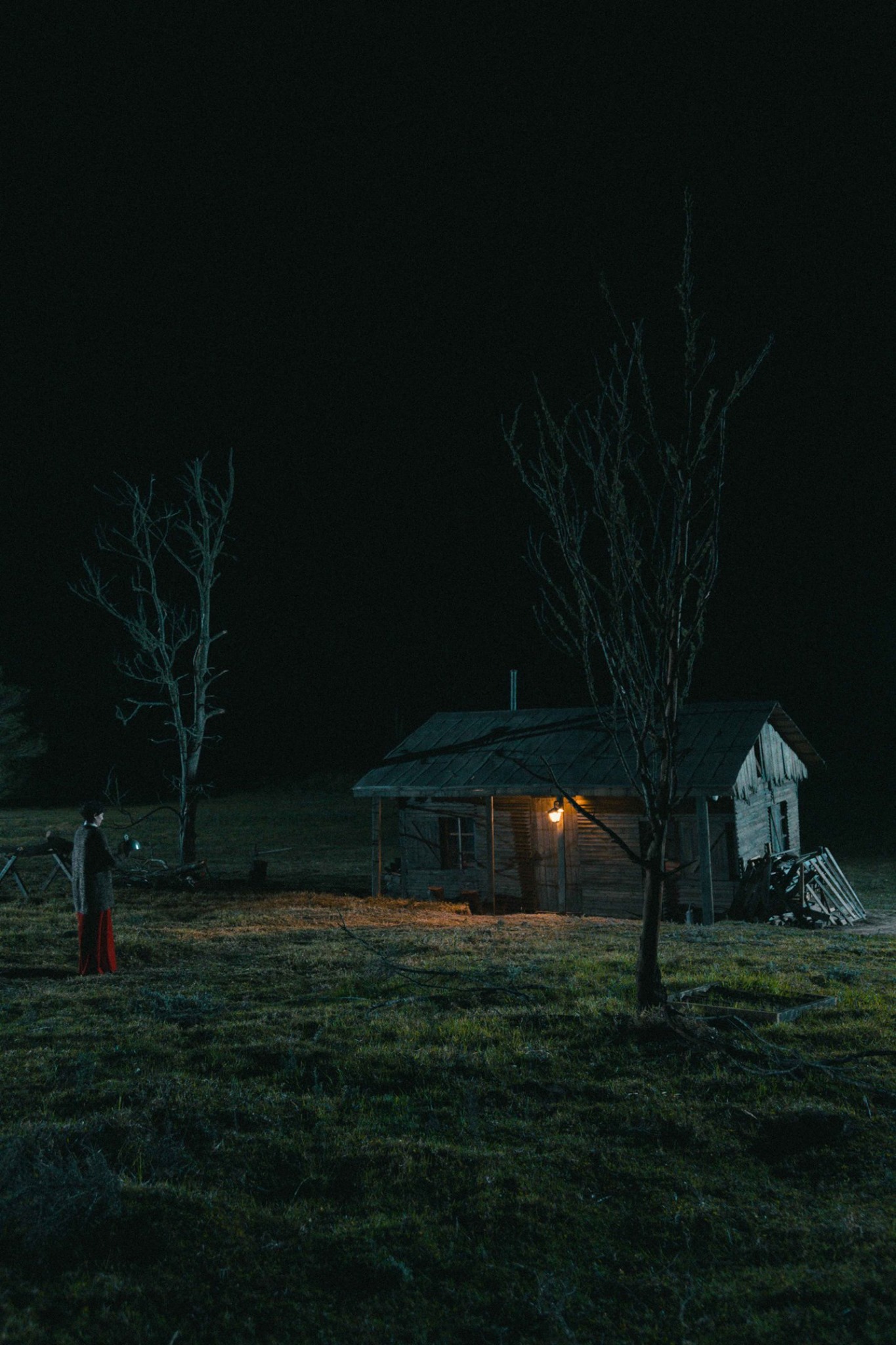 In reality, Lazarus is a haunted man. He was once a healer in a surrounding village that is until the tragic death of his wife and daughter drove him to make a grief-stricken pact with the demon Uthuli played by Eve Maxagazo. Uthuli takes the form of an evil child, who in what is a memorably creepy image, is carried around by Lazarus in a sack and demands that he procures souls for it. Meanwhile, the elders and the youth in a nearby village are arguing about the best way to vanquish Uthuli’s evil for good, before it can take yet more lives…. By far the most striking aspect of the film is Sebe’s performance as Lazarus. He portrays him as a broken man who has allowed himself to become a henchman for evil, but he also imbues this dangerous figure with a sense of tragic gravitas with his performance. This is aided by director Holscher’s strong visuals. He focuses most of the action on the claustrophobic farm and the film has several memorable jump scares and shock moments that will please thrill-seeking horror fans. These are contrasted with some wonderful aerial shots of starry nights skies and menacing forests, which contribute a sense of building dread for most of the story. As a film set in South Africa, and especially as one whose narrative is positioned within the height of apartheid, the questions of structural racism and white supremacy hang over the entire story.  It makes some subtle, yet, pointed commentary. For instance, Lazarus wins William’s trust by pretending to be subservient and docile. William’s unquestioned colonial fantasies about Black people also mean that he violently threatens the Sangoma Obara played by Chris April, who is actually trying to vanquish the evil at his farm.

In another memorable scene, Obara argues about how to destroy the evils brought by Lazarus. While he calls for caution, the young man Suno ( Luxolo Ndabele), whose own mother’s soul is taken by Lazarus, calls for immediate action and resistance against an entrenched horror. This echoes the political struggles of the time, where a militant generation of Black youth rose up against the state and gave new life to the liberation struggle. But while it has many strong moments and a gripping narrative, the film is let down by a prolonged and underwhelming climax. After building to what seemingly promises to be a memorably grim ending, it shifts to a psychedelic redemption arch for Lazarus. Its visually ambitious but fails to be convincing, especially given the tone and menace established in the narrative. In spite of this, 8 is a worthwhile film, combining modern horror films with folklore and a distinctive setting.