Dune: why is Hollywood still obsessed with Orientalism? - Bubblegum Club

Since its release late last month, director Denis Villeneuve’s latest epic — Dune — has been breaking box office records. Based on the book series by author Frank Herbert, the film follows a story based in the far future as main character Paul Atreides — played by Timotheé Chalamet— and his family are placed on the inhospitable desert planet Arrakis.

I must admit that the first few minutes of the movie are so visually striking that one cannot help but be amazed at how well made it is. I will also admit that I have never read the books nor need to read them to know that — they are filled with Orientalism and theories supporting the mystic moors and unfortunately, the 2021 filmic adaptation falls into the same tired tropes.

This film’s novelty wears off almost at an instant when you realise that the entire film relies on the ignorance of audiences to be successful. One must be ignorant to the fact that the movie, which is based on a story that aims to dismantle the white saviour narrative, does nothing but reinforce the very tropes it aims to break. 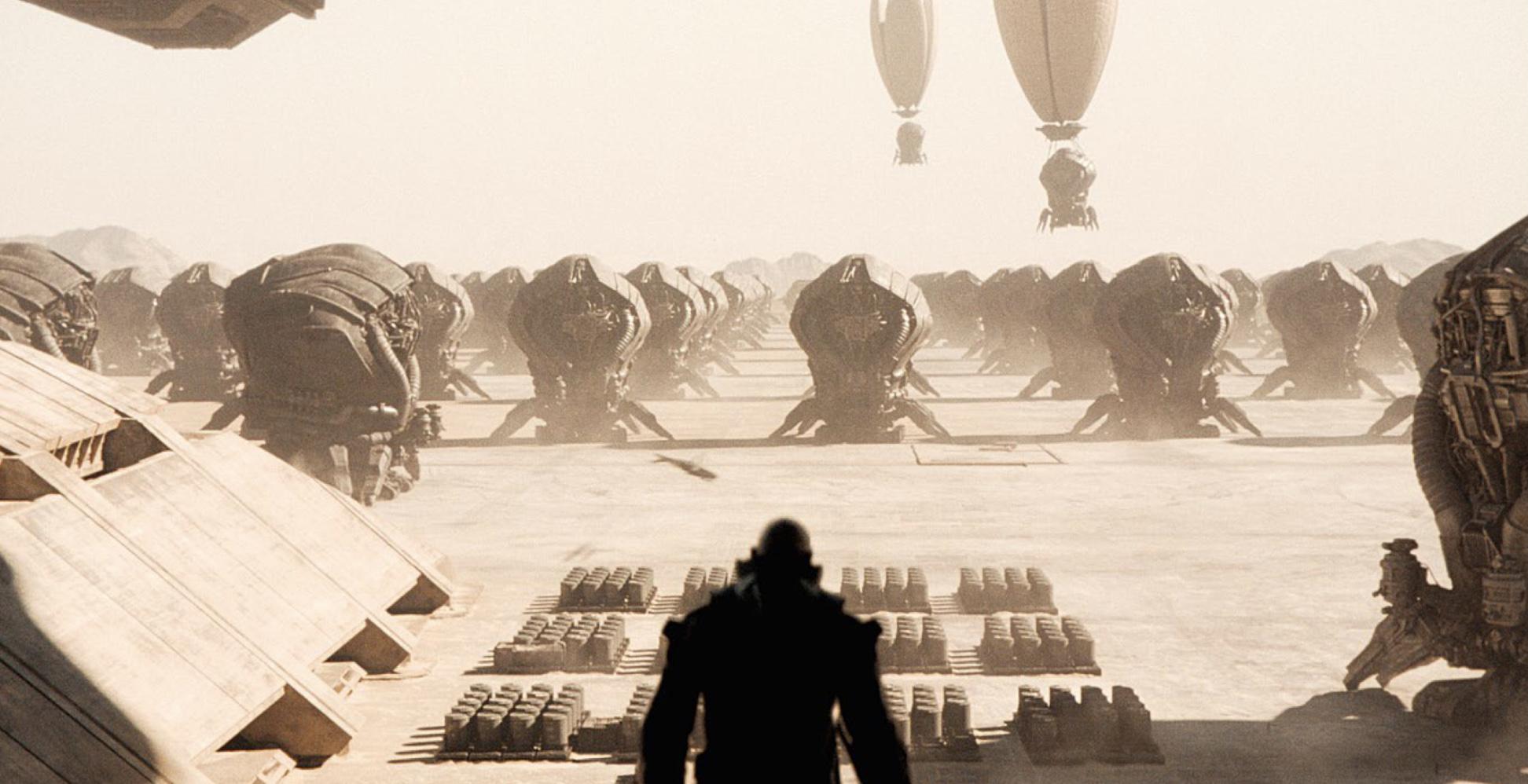 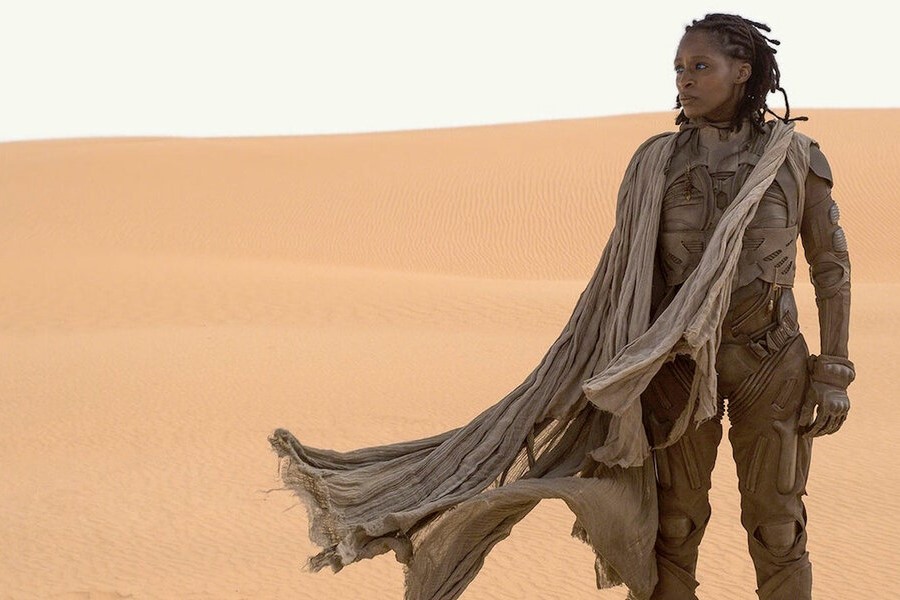 Dune [2021] unfortunately rears into familiar stereotypes as Chalamet’s on screen portrayal of Paul Atreides lends itself to easily perpetuating the white saviour attitude that the film ironically claims to be a critique of.

In essence, the film appears as a futile attempt of dismantling white power systems as it never proposes nor imagines any alternative. 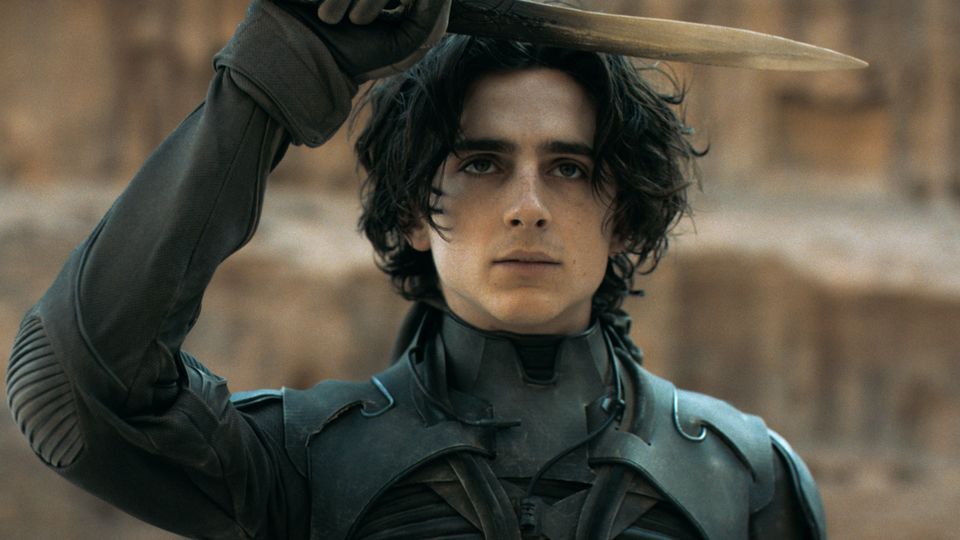 Issues relating to this year’s filmic adaptation of Dune were predicted all the way back in 2019 when the cast list for the film set in a futuristic desert — which is a portrayal of the Middle East — failed to have one Middle Eastern performer as a lead character.

Surprisingly, this “oversight” in casting was actually met with praise in 2019 when people saw that leading roles were given to people of colour such as Zendaya, Oscar Isaac and Javier Bardem.

While it is great to see more diversity in leading roles, it is frustrating that for a movie that relies so heavily on Middle Eastern aesthetics and language, no Middle Eastern people were considered for lead roles. But I guess all POC are the same in Hollywood and tokenism is plausible as long as the actors are not clearly Caucasian. 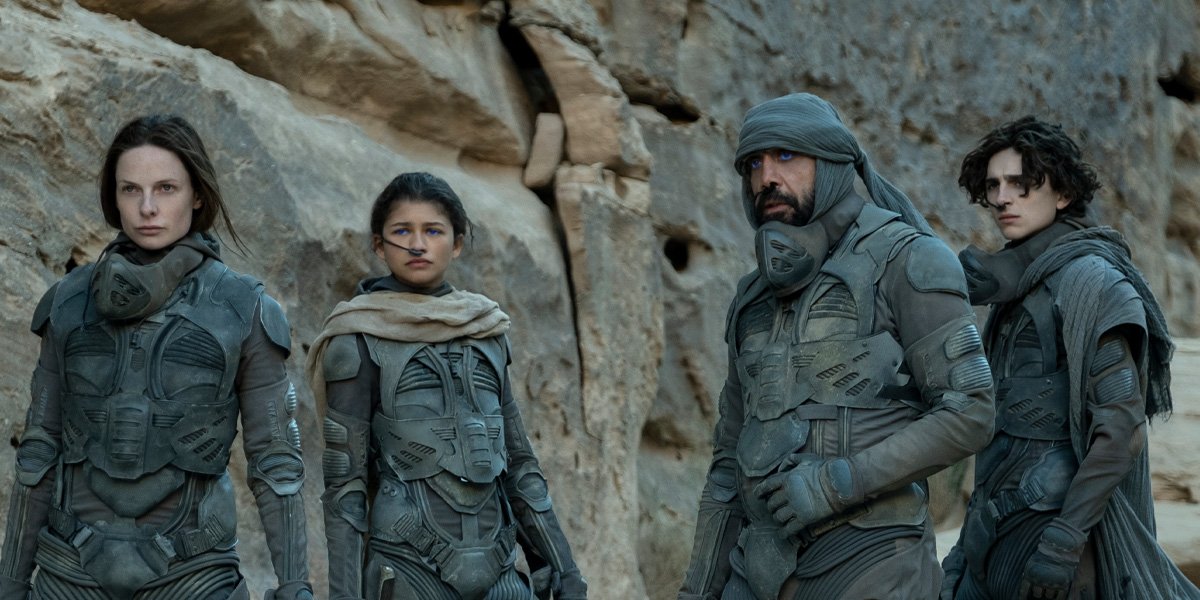 Truthfully, there is a lot to be angry about when it comes to Dune. If you aren’t set off by the mumbling dialogue or the bad use of language — that is clearly Arabic — it is the fact that it was publicised as a Zendaya movie only for her to have a total of 5 minutes of screen time. Personally, for me it was the fact that people online are praising the costume design which vehemently takes from Islamic attire such as a burkha while simultaneously advocating for the hijab, niqab and burkha to be banned in their own countries.

As I mentioned before, the success of Dune relies purely on people’s ignorance of Islam and Middle Eastern cultures and while I resent director Denis Villeneuve for doing this, it also does point out a bigger trend in Hollywood that we too often brush under the carpet. The trend in question makes it seemingly okay for white storytellers to have “re-imaginations” of Islam, while for the most part adopting anti-Muslim ideologies and overall othering Muslims entirely in their films.

In the case of Dune, the people indigenous to the imagined land of Arrakis — which too closely resembles Iraq, colonised for its oil in the same way Arrakis is colonised for its spice — are portrayed as helpless and praise Paul throughout the film as the “Messiah”, another extremely problematic point when one thinks about the disregard of Islamic history here. 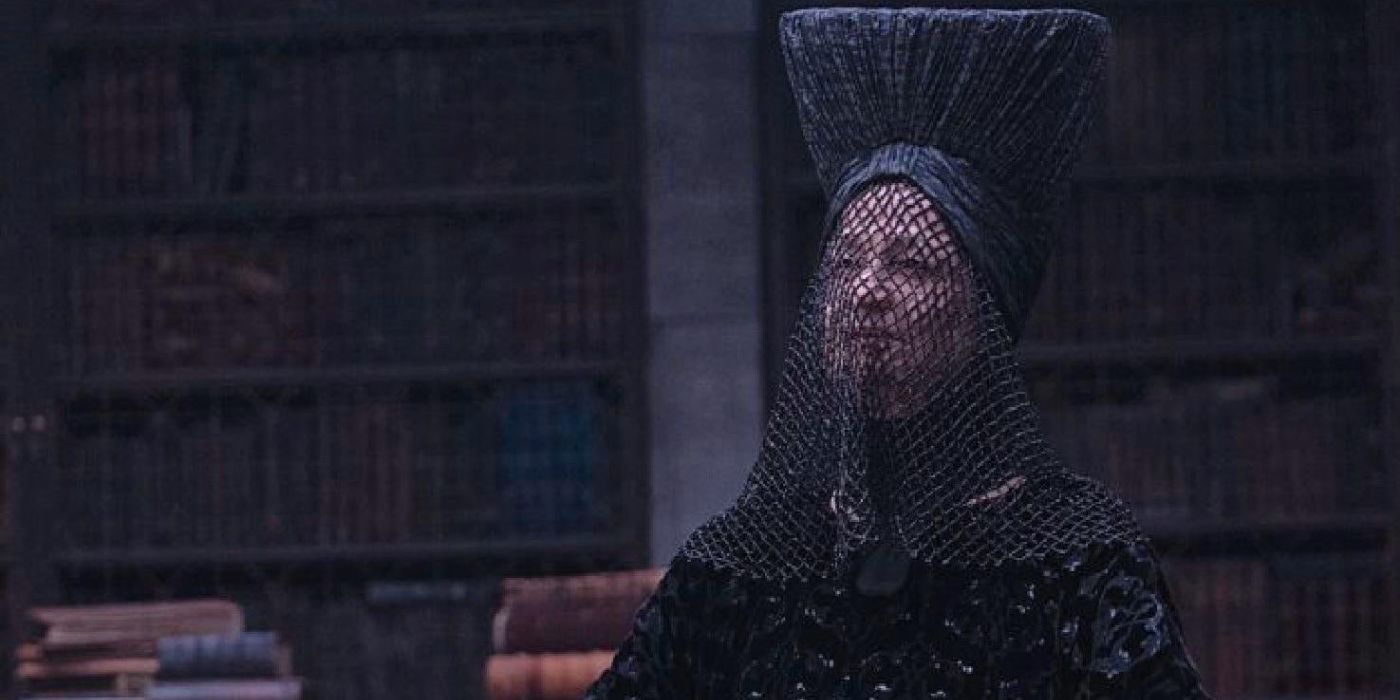 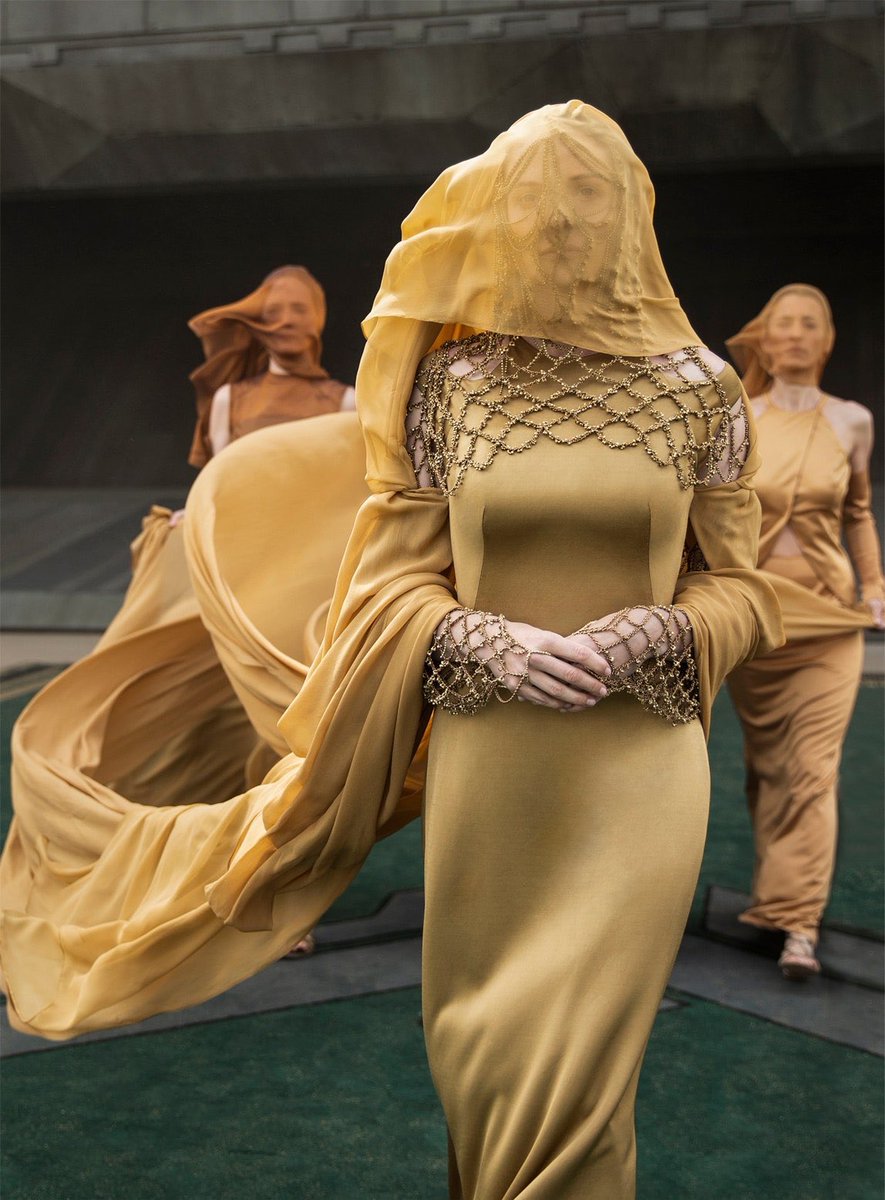 It is surprising to me that out of all of the well written sci-fi stories in existence this is the one that is recreated and is receiving praise while being quite offensive. But it is not surprising that once again we have let a white storyteller ‘borrow’ from Middle Eastern cultures and Islam, its aesthetics, beliefs and customs to build an exotic land for their fictional battle to be fought in, knowing that in actual reality the same story tellers reject the religion and disrespect it through the every “re-imagining” they create and portray.

To conclude my thoughts about Dune, I must say that if it weren’t for Zendaya and Timotheé Chalamet taking centre stage I would have not watched it and if you have not watched it yet I would suggest you do not as what I speak through here is only the tip of the iceberg.

While the cinematography might be great you can’t look past how a majority of what makes the film good is stolen from Middle Eastern cultures and done so without a considerable amount of respect. Instead, I implore people to instead watch one of the many well made epics created by Middle Eastern people that serve as more accurate representations of the “exotic” dessert scenes Western audiences are clearly obsessed with. 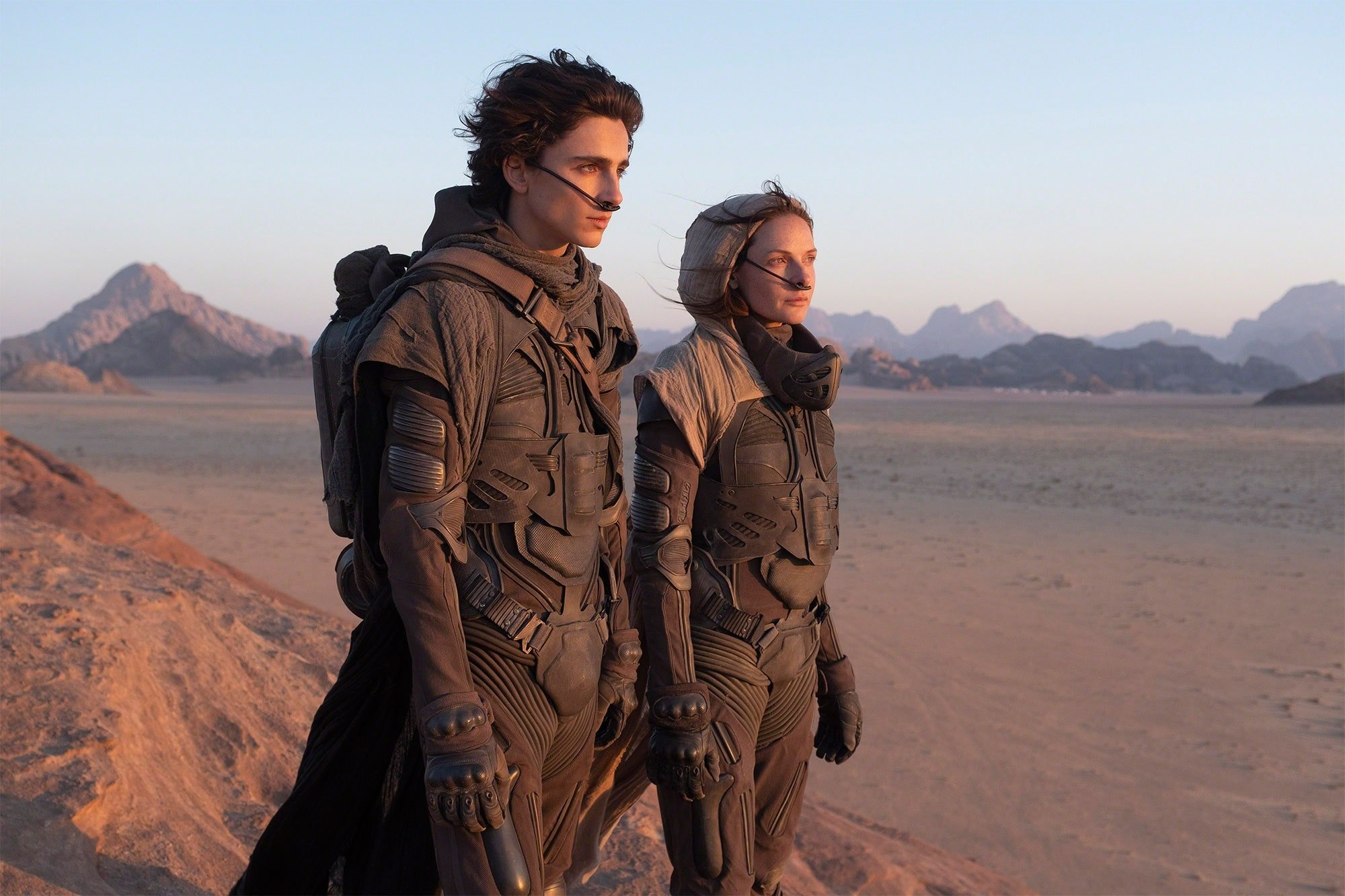