If you’re a South African musician, there’s quite a bit that you can learn from Muzi. The charismatic producer from Empangeni seems to have one of the most level heads out of anyone I’ve met in the music industry, although he claims he’s “still figuring things out”. So there’s the first thing you can learn from him: humility. Despite already having a career many would be jealous of- moving to Berlin off of one song, releasing an innovative, genre-bending debut album called ‘Boom Shaka’, and getting positive press from the likes of The Fader and Noisey– Muzi says of his success so far, “I’m just building and I’ll just continue to build. When I come back here there’s the thing that it almost feels like I’m starting over. But I know now that I’m actually starting from a higher spot, a new level, but it’s just hard to get traction again.”

Since Muzi returned home in November because “Fuck that winter, bruh”, his only gig has been a headlining slot an OkayAfrica gig in Kenya, which is cool in it’s own right, but it’s hella wack that the dude hasn’t been getting bookings in South Africa. I asked him why, “I’ve hit everyone up for gigs but it’s that thing, I understand what I’m trying to do and it doesn’t have a direct pocket that it fits in, even though it kinda does (laughs). People are scared man, a whole lot of promoters are really scared.” I find this strange because when local DJs play Muzi’s tracks, the dancefloor wilds out. Maybe promoters are averse to their audiences going buck, but that seems like a bad business model to me. Still, there’s a lesson to be learnt: To thine own self be true. Sure, Shakespeare said it first, but Muzi embodies it. Before he kicked it overseas, Muzi was facing similar problems, but stuck to his guns and it got him recognition beyond his hometown.

Will he ever truly get his props in South Africa? Probably. He plans to bounce between here and Berlin for 6 months at a time, chasing that eternal summer. He may be ahead of his time but that just means it’ll take some time for people to pick up on him. I don’t doubt Muzi will be more successful, whether it’s at home or on the global stage, because Muzi is tenacious. Which is another lesson to learn from Muzi and best exemplified by his story of how he got his manager, John Maclennan: ”The way I met my manager, I didn’t know I needed a manager until I met him. He was still managing Jax Panik and DJ High Tek and I wanted to make beats for Jax Panik, but then Jax Panik didn’t work out. So that’s how I met him but he didn’t want to do management anymore. I was like cool, “I’ll just send you stuff.” I just kept on sending him stuff for a whole year. “Will you be my manager?” Like, every day. He then finally gave in and we just started building this whole thing.” Oh yeah, I guess that’s the last lesson: Get a manager.

Muzi Needs to be a Better Person to Create Better Art

A personal narrative from a European travel experience 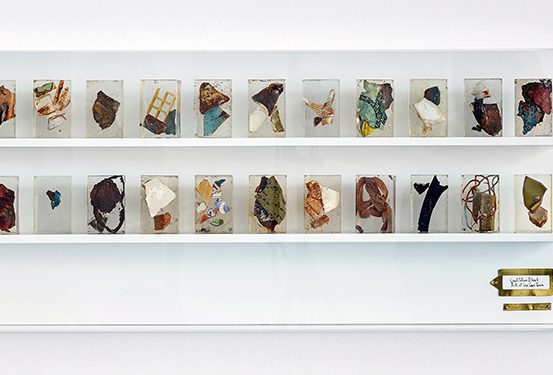